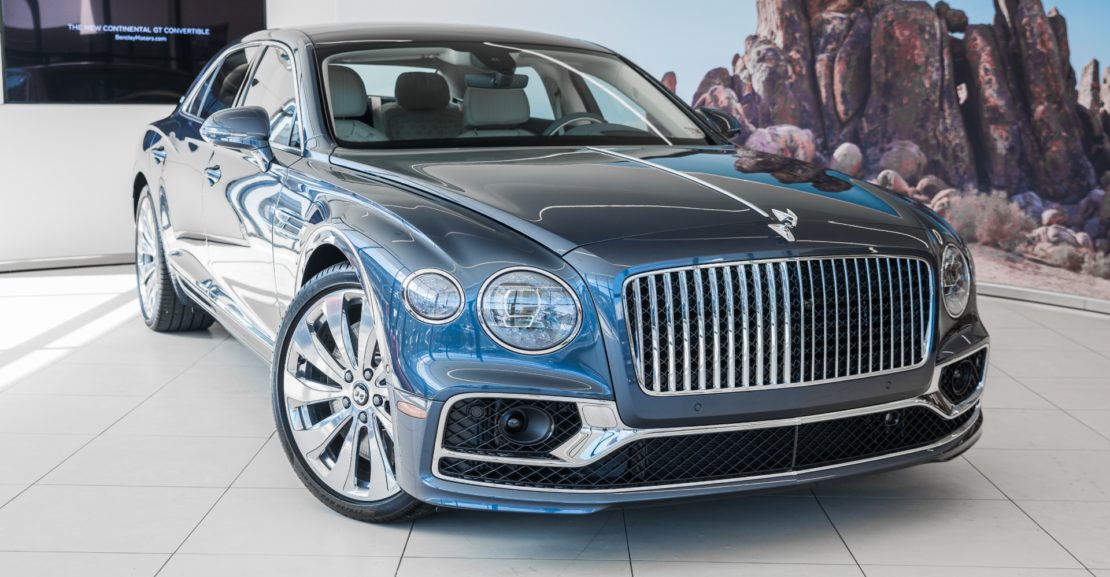 Luxury priced at 324 thousand Euros: we are testing the Bentley Flying Spur W12

Bentley Flying Spur is a well-known car, but among the luxury counterparts not become familiar. And what is hiding the new generation sedan? 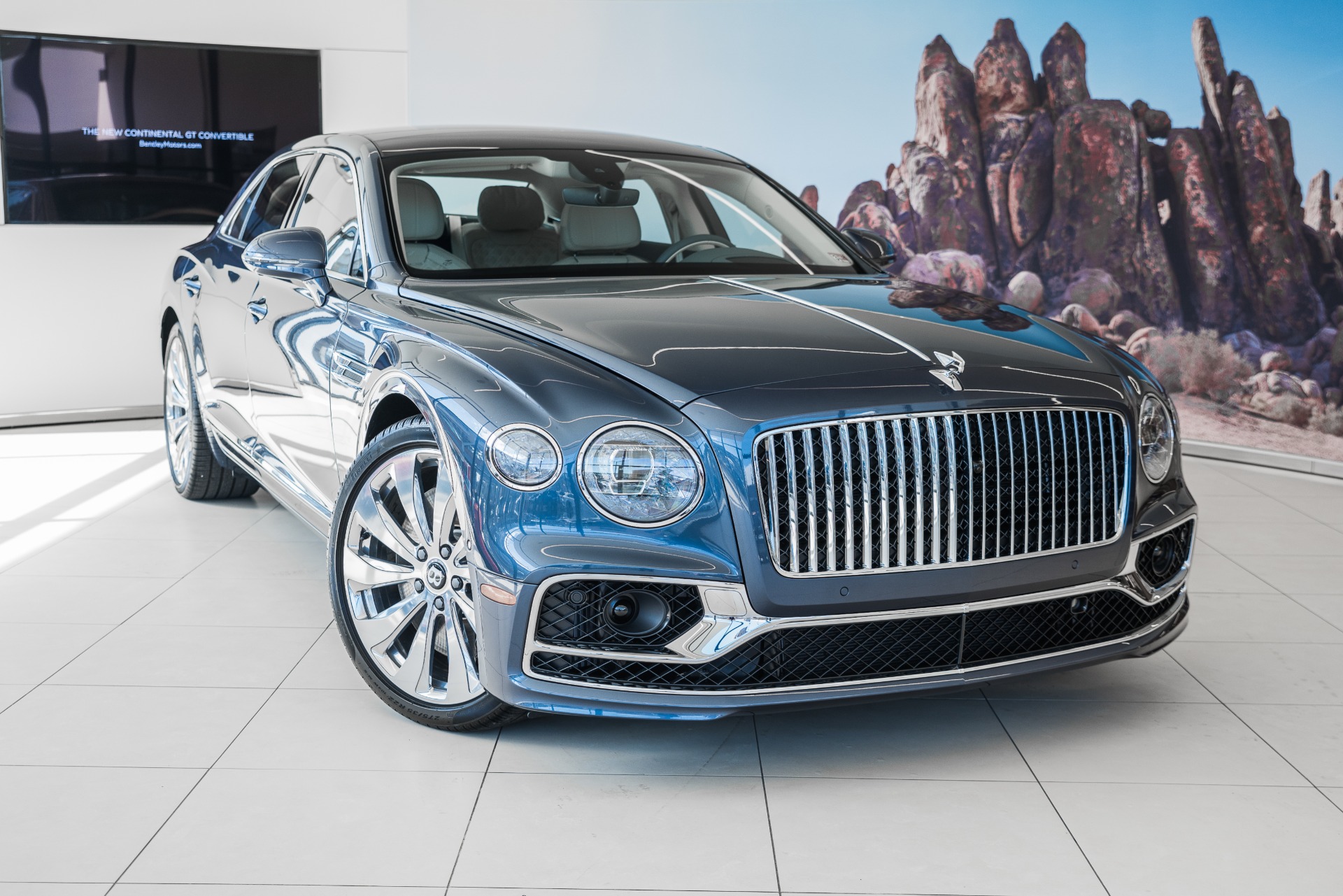 luxury sedans are not uncommon on our roads, but among them there are brands and models that stood apart. And the Bentley Flying Spur is one such car. The new generation of Flying Spurs, which is how the model name can be translated, debuted last year. And the British did not become modest, and began with the First Edition version – the most top-end, the most equipped, and also limited by the number of copies released. Moreover, the calculation is not by the number of cars, but by the period of production. One year – and enough! 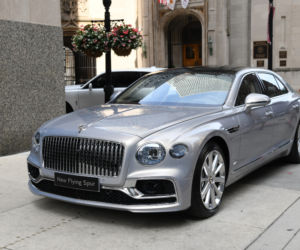 And now one of these Bentley Flying Spur First Edition flaunts right in front of me! And this is not a presentation – after all, the Ukrainian premiere of the sedan took place a few months earlier – but a test drive. Here are the keys, here is the car, please return by this hour … and that’s it! I must say that in spite of the mass of cars I tested, from budget compact cars to powerful sports cars, I still experienced awe and excitement, leaving the dealership to the car. There is something in this moment! And the extradition procedure only reinforced this impression.

Behind the wheel or in the back seat? The internal dispute was resolved quite quickly: no matter how comfortable the rear seats were, first go ahead! I pull the handle and the door lends itself with a pleasant effort, opening access to a luxurious salon. Not only leather and veneer finishes make it luxurious, but almost everything is sewn up with leather, even the ceiling, but also their color combination. Noble classic!

However, this classic is very successfully combined with technical achievements and innovations. For example, the dashboard here is completely digital, and a rather big multimedia screen is hidden behind the flip panel in the center of the dashboard. By the way, it is made tripartite (!) And depending on the need, or even just the mood, with the push of a button you can choose either the completely blank side or the one on which there are three additional analog devices. This whole picture is completed by the attention to small details: individual levers for closing the air deflectors, carved edging of many levers and selectors, stylized letters B. The main one – Flying B – is located above the false radiator grille and hide inside either automatically or at the request of the owner.

All this is good, but where is the engine start button? Neither to the right or to the left of the steering column, but on the central tunnel there is a whole control panel: washers, buttons, keys … Just a little more and it will be a complete fiasco, you will have to return to the salon and ask for the manager’s help. Yeah, there she is, right in the middle! Instantly – and under the hood a real monster comes to life, a turbocharged W12 with a power of 635 hp. Press the gas pedal and feel the herds of horses come to life under a long hood, how the whole car is literally filled with energy. But let’s leave these youthful pranks to teenagers in the empty parking lots of shopping centers – have you ever seen Bentley owners do this?

On the contrary – you closed the door, and as if you turned your back on the bustling environment. Here is its own microworld, quiet, luxurious and comfortable, however, capable of quickly moving in space. More than six hundred forces give the luxury sedan extraordinary energy and hurricane dynamics – 3.8 seconds to the first 100 km / h (almost a second faster than in the previous generation). But this is a figure at the level of dynamics of solid sports cars! Krut Bentley Flying Spur and in terms of maximum speed, which is 333 km / h. But it’s already even faster than many sports cars, and the club “250 km / h” can simply step aside. Another thing is that there is nowhere to develop such speeds not only in Ukraine, but also on foreign routes. Unless on unlimited autobahns in Germany, and even then, until the first “low-speed”, which will trail its 160 km / h.

But the point here is completely different! The displacement and the number of cylinders make it possible to create a titanic torque of 900 Newton-meters, which gives the Flying Spur excellent smoothness. No unnecessary stress, set about the accelerator – and you’re already in the flow of the track. You don’t even go, but you swim magnificently. Yes, indeed, the majesty of Bentley does not hold! Classic proportions and body features are smoothed out by rounded lines, and a wide rear pillar with a very strong tilt adds a swiftness profile.

However, the most striking and interesting part of the Bentley Flying Spur is the front. The combination of crystal oval optics and a rectangular radiator grill with vertical slots is very charismatic, this has its own monumental grandeur. And of course, the image is complemented by real “rollers” – wheels of dimension 315/30 ZR22. Live combination of these three numbers means low-profile tires and wheels, occupying almost the entire lateral plane of the wheel. Behind them are no less impressive braking mechanisms.

If we compare the contemporary with the predecessor, it is easy to notice the continuity, since all the key elements remained, but were redesigned in modern style. The model has become larger, but the proportions are the same here: with a length of 5.3 meters and a width of almost 2 meters, the height is 1.49 meters.

But this does not affect the convenience of landing! It is here a priori not low either in front or behind, so there is no need to bend down. Yes, perhaps now is the time to try on the back seats. In fact, these are two separate chairs, but nominally there is an opportunity to seat another one. But this is a pure formality. Well, what is the third passenger behind in the Bentley Flying Spur, when you have a mini-fridge behind a massive central armrest? In which, by definition, there should be champagne well, at least Dom Perignon well, or something of this level in accordance with the tastes of the owner.

Each of the seats is equipped with its own electrically adjustable pillows, backs and head restraints, as well as a memory for two positions. And the softness of this headrest itself is ready to lull you literally from the first kilometers – a real feather bed. Of course, it has its own separate climate control and four airflow deflectors. And its management and many other functions are concentrated not in the armrest, but on a small screen between the front seats. Well, yes, you have to reach out, what can you do!

Despite the abundance of free space, the armrests in the door cards are made with a continuation and a recess under the elbow. Curtains on windows, a lowered backrest – here you can really quickly abstract from the outside world regardless of the Flying Spur speed, especially since the sound insulation here is excellent, and between the passenger compartment and the far from ideal road an improved air suspension with the possibility of changing the clearance. Well, all of a sudden, where will it be necessary to carefully move out of the curb?

And let’s finish it all, even if you want a small but vivid acquaintance with a luxury British sedan worth more than 300 thousand Euros while driving! In my opinion, this car is equally for both the driver and the front passenger. Behind you enjoy comfort and silence, and in the driver’s seat – dynamics and controllability. Yes, despite its dimensions and weight of two and a half tons, the Flying Spur is controlled easily and clearly, and given the number of assistants (keeping in the lane, night vision system, adaptive cruise control, etc.), sometimes the driver’s actions and completely minimized.

If you take a closer look, you can see that the engine start button is framed by the washer – it is responsible for the choice of modes. And of course, among them is sports. Not only reactions to the accelerator and steering movements are aggravated, but the gearbox, an eight-stage preselective robot, goes into Sport mode. Moreover, there are even paddle shifters here! But without them, the Bentley Flying Spur W12 is as fast as a hurricane! Tearing himself off, he lifts his nose slightly and picks up speed with such pressure that the lower back clearly feels the entire relief of the seatback. The dynamics are really impressive, and it is fast both when starting from a place and in a set from almost any speed. At the same time, the real speed is not felt, and the merit in this is not only comfortable air suspension and sound insulation, but also the stability of the car. I’ll also add

Returning Flying Spur I look around again in the cabin – beautifully, smartly, with attention to detail and to certain characteristic stylistic moments. Charisma and a little bit of the British spirit are felt. This, in my opinion, along with power and comfort, will distinguish the Bentley Flying Spur from other competitors. 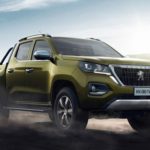