Opel gave a glimpse into the interior of the new Mokka 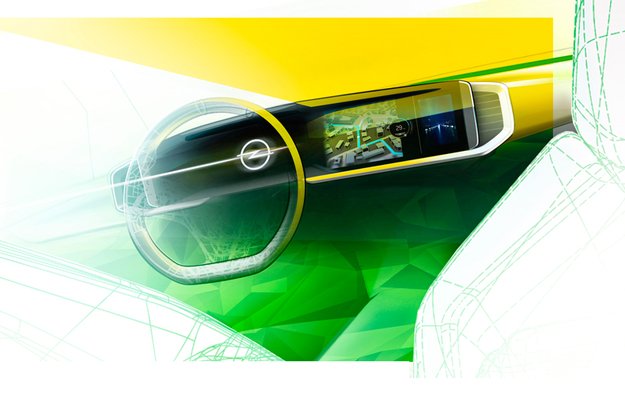 Do you remember the concept crossover GT X Experimental , which Opel celebrated the first anniversary of its transition under the wing of the PSA Group the summer before last? The show car symbolized three key values ​​that the company intends to implement in its future machines: they must be recognizable German, affordable and “exciting”.

And that concept became an example of a new approach to design, which the company calls “visual detoxification”. The idea is to remove everything superfluous from the driver’s eyes – annoying and distracting, in other words – minimalism.

Among other things, the GT X Experimental received a wide display combining a dashboard and a multimedia system, thanks to which designers could get rid of almost all of the traditional buttons. And now it turned out that a very similar driver interface will appear in the new generation Opel Mokka – this is evidenced by a fresh teaser.

About the crossover as a whole, so far, not much is known. It is again called simply Mokka – without X. It is based on the French platform, and among the modifications is fully electric – it will be the first to enter the market. The machine will get on the conveyor already in the last quarter of 2020, so the premiere is just around the corner.