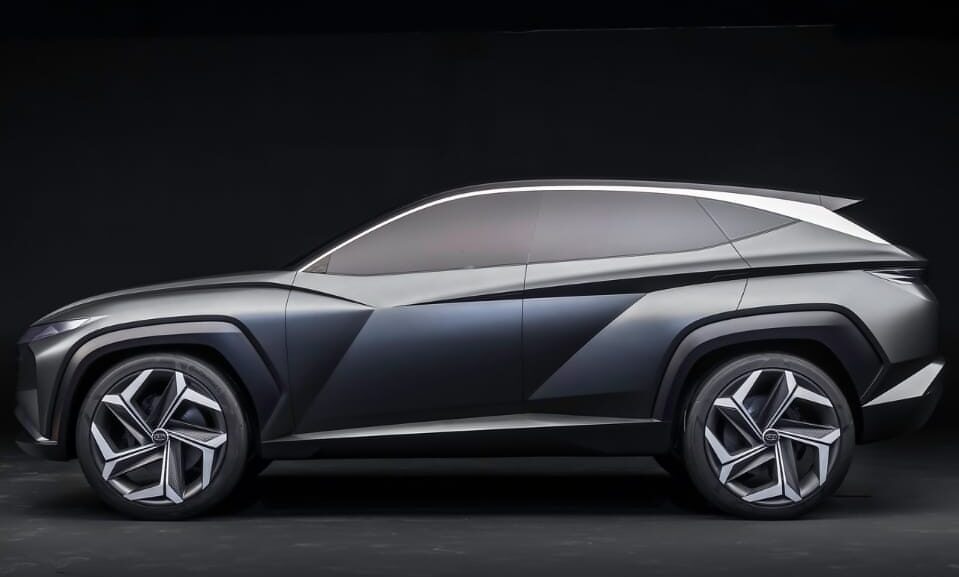 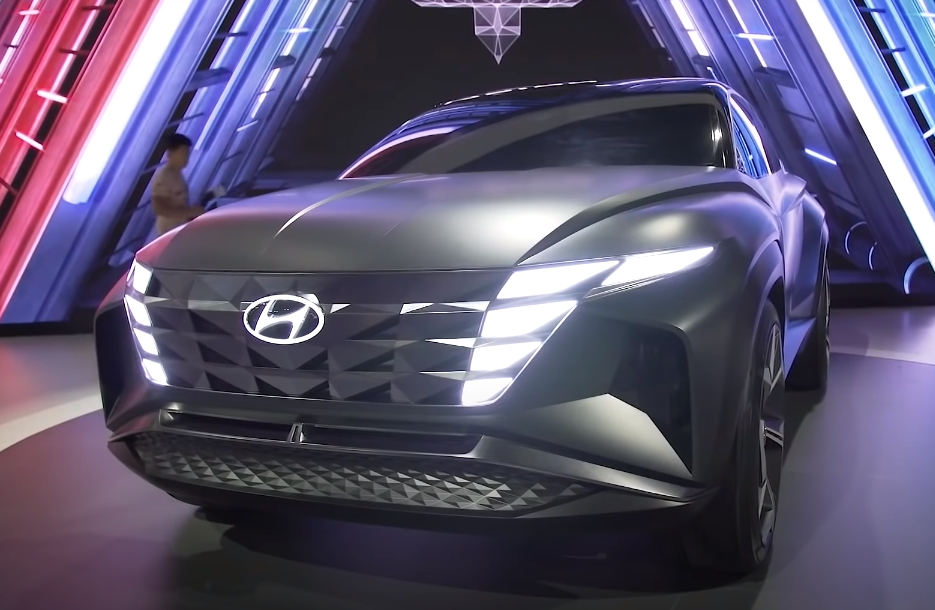 The new generation Hyundai Tucson crossover will receive a vertical display, like the Tesla
Korean site TheKoreanCarBlog published spy photos of the Hyundai Tucson 2021 crossover model year. . Similar monitors are found in Volvo and Tesla cars.
The official premiere of the new Tucson is expected this year. The crossover received a wide grille, visually combined with front optics, and a system of hidden headlights, which, if necessary, turns into fully functional lighting. The first such solution was demonstrated last year by the Vision T concept, which was the prototype of the design for the new product. In the future, such headlights will receive many serial models of the brand. 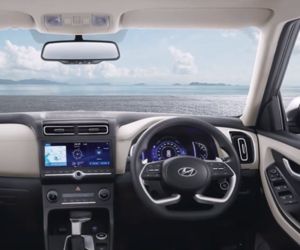 There is currently no technical information on the new Hyundai Tucson. Previously, the crossover will be offered with a new 2.5-liter petrol engine of Theta3 family with and without supercharging, coupled with an 8-speed “automatic”. Also in the engine line will remain the same 1.6-liter “turbo-four”. 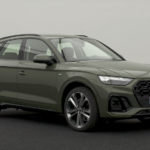 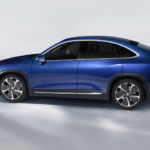